A massive 48 swimmers from Plymouth Leander and Plymouth College made the trip to Luxembourg for their first meet of the long course season.

This year's Euro Meet saw a strong international field with almost 700 athletes from 27 nations taking part; among them PL's world champion Ben Proud who set a new meet record for the 50m free!

Racing was tough with fast swims needed in the morning heats just to qualify for the final - and all without taking a break from training! 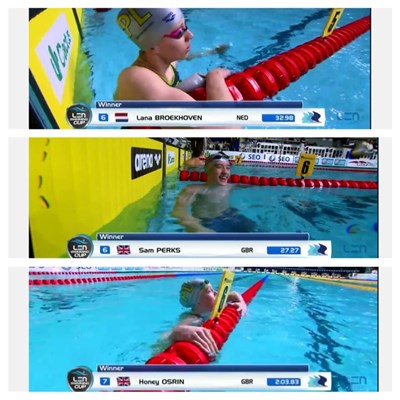 There were some fantastic results despite the fatigue and pressure of racing at a European level.

Head Coach Robin Armayan said: "Despite the pressure of competing in the A or B final against some of the best swimmers in the world, our swimmers were outstanding with their swims under the spotlight and we saw the PL hat on the big screen many times over the three days. "

There were outstanding swims across the board - in open, junior and youth age groups (see note below).

Laura Stephens took the 200m fly title - winning the A final - in which her younger team mate Sophie Freeman finished fourth to take the youth title. Freeman was on fire as she also won the 100m fly title . The fly specialists really made their mark in Luxembourg with James Hart also winning gold in the 200m (youth).

Freeman's success wasn't confined to the fly events either - she also picked up a silver in the 400m freestyle and bronze in both the 100m and 200m freestyle events. Stephens also won a bronze - in the 200 IM, as did James Hart.

15 year old Honey Osrin finished 4th in the "A" final to claim junior gold in the 200m backstroke. She also won the "B" final in the 100m free - one of 3 PL swimmers to win B finals on the same night!

Sam Perks celebrated silver AND bronze after winning the 50m back "B" final; he was the second fastest swimmer in the youth age group with a time that also placed him third among the juniors.

Success too for Ella Bardgett, also in the youth age group, who won bronze in the 50m backstroke and for Lana Broekhoven who took bronze in the junior 200m breast. She also won the "B" finals of both the 50 and 100m breast. 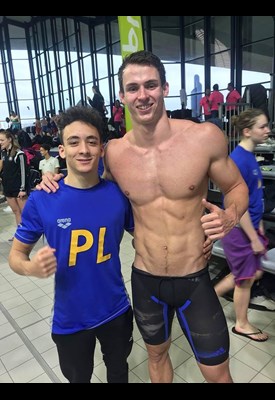 "There is no doubt in my mind that this was a great learning experience for the PL swimmers," said Robin Armayan. "The organisation of the Euro Meet this year has stepped up one more time with the meet being part of the European League Cup programme and that greatly contributed to positively increase the pressure on the athletes to perform.

"In addition to the above, it was great to see more squad interactions, more cheering and more social time between swimmers," he added.

"The team atmosphere gradually increased throughout the competition and it was absolutely fantastic to see them looking after each other and care for one another. Many teams attending the meet were French and several coaches came and praised PL on their performance, their presence and attitude, making all of us really proud to be part of a such a strong team."