Exciting times for Plymouth Leander’s stars of the future

Exciting times for Plymouth Leander’s stars of the future

Plymouth Leander swimmers are looking forward to an exciting year ahead.

The new decade - which kicks off with an Olympic year -  has already brought plenty of opportunities for the club's top athletes with selections at international, national and regional level.

It comes hot on the heels of 2019 success for PL's Laura Stephens at the European Short Course Championships in Glasgow in December. The 20 year old has had a fantastic year, having reached the 200m fly final at the World Championships. In Glasgow she agonisingly missed out on winning her first major individual senior medal - finishing fourth in the same event. 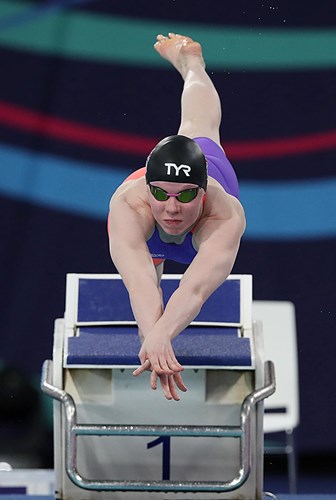 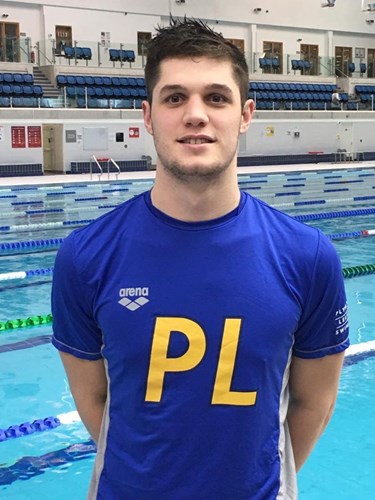 It's also been an amazing year for para-swimmer Reece Dunn - PL's new world champion! He ended a memorable 2019 by winning five gold medals and setting a new British record at the National Para-Swimming Championships in Manchester.

Dunn only made his para-swimming debut twelve months earlier, but has since gone on to break a number of S14 British and world records and won three gold medals and a silver at September's World Para Swimming Championships in London.

"To come away with four medals, three of them gold, was just amazing," Reece said. "It was the first time I’d PB’d in my 100 fly since 2016, so I was absolutely over the moon with the result – let along winning at the World Championships."

December was also a successful month for juniors Honey Osrin and Sophie Freeman. They were in action in Canada in the Ontario Junior International - where Sophie picked up two medals, winning silver in the 100 fly and bronze in the 200 fly - while Honey, European junior silver medallist, won silver in the women's 200 backstroke. 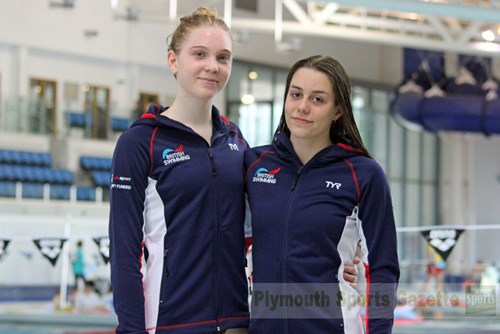 Looking ahead to this year, the pair are both included in the Swim England Performance Squad for this season. Honey and Sophie, who both competed in the 2019 Junior European Championships in Kazan, are among 17 young swimmers selected and are promoted to the squad for the first time. 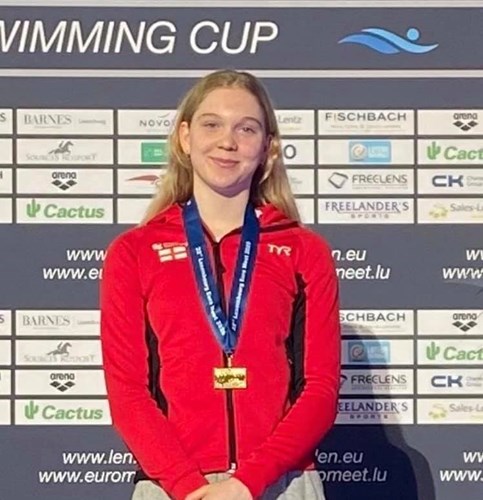 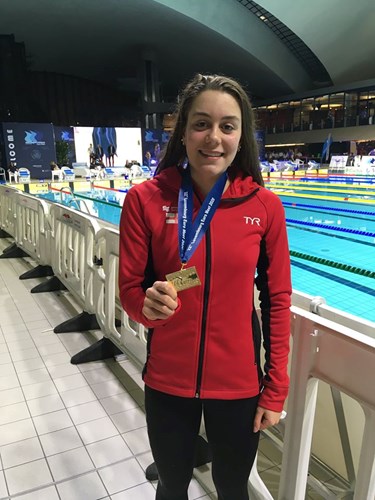 They've been rewarded for their performances on the national and international stage over the last 12 months, showing potential ahead of the 2022 Commonwealth Games in Birmingham and the 2024 Olympics in Paris and beyond.

And what a start to 2020 they've had - both winning medals, against some of the best in the world, at the LEN Euro Meet in Luxembourg (Jan 2020).

Plymouth Leander's Head Coach Robin Armayan was selected to accompany the young English team.. and saw a fantastic swim from Honey to win senior silver and junior gold in the 200m backstroke. It followed her junior gold and senior bronze in the 100 back. Sophie also raced to a brilliant junior title winning gold in the 200 fly.

PL teammate and Plymouth College student Nicole Ricci was also in the medals - winning junior silver in both the 400m and 800m freestyle. 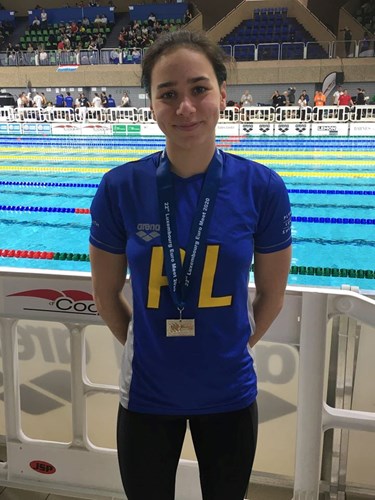 Meanwhile, Two PL juniors James Hart and PL newcomer Harry Noble were selected for the Swim England junior squad to compete in Nice (7-9 February). The teenagers are among twenty young swimmers chosen to represent their country at the FFN Golden Tour event. It'll give them valuable international experience as they move towards senior competition. 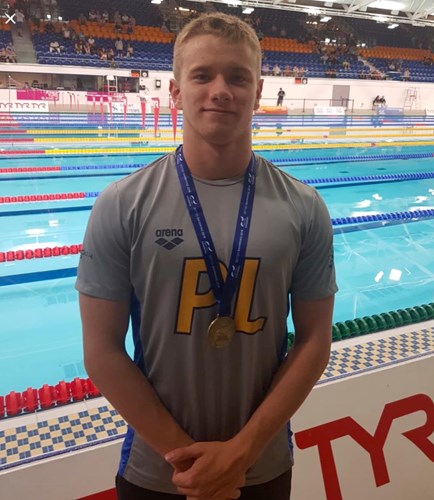 James was also among the stars of the future given the chance to develop their skills at Swim England's National Event Camps. the #bluearmy's Aimee Brownridge and Joshua Gammon were also among the 15 and 16 year olds chosen to benefit from the talent camps at Millfield and in Sheffield. 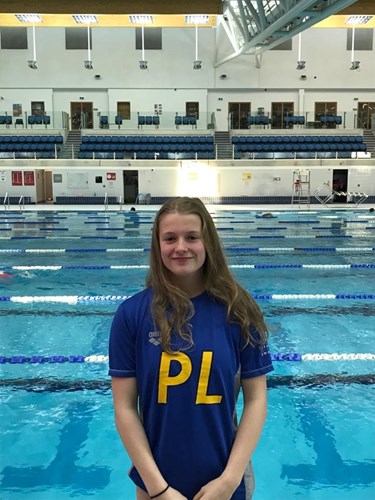 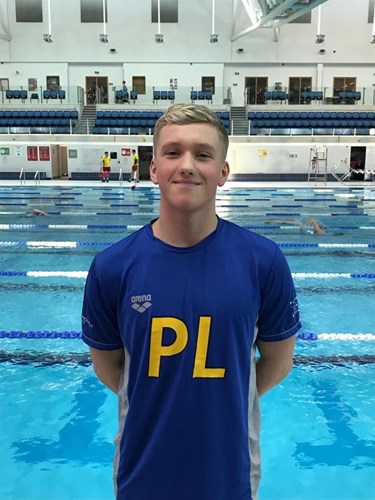 For the club’s Deputy Head Coach and Plymouth College Deputy Director of Swimming Roberto Pavoni there’s also great news to kick off the new year. The Olympian is among seven swim coaches selected for UK Coaching’s Performance Foundation Coach Support Programme. The aim is to offer outstanding to sport to some of the UK’s most promising coaches from other a range of sporting disciplines. 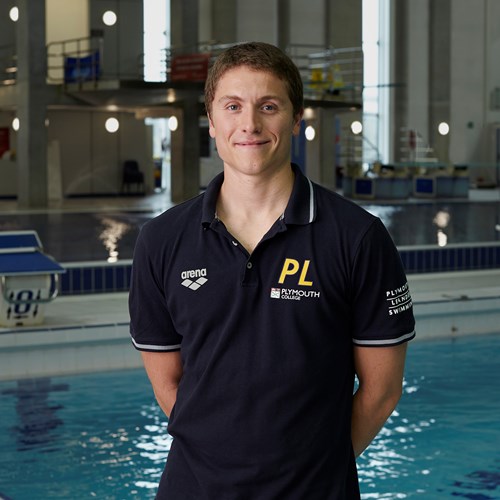 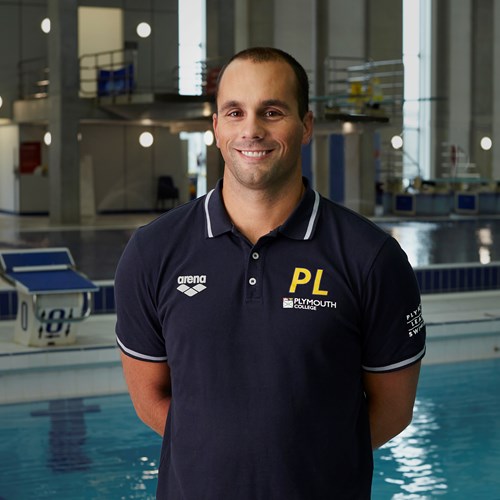