Plymouth Leander swimmers celebrated massive success at the Winter Nationals in Sheffield with some stunning performances from the club’s juniors as well as its senior athletes; an incredible 36 club records were broken during the course of the three day meet! 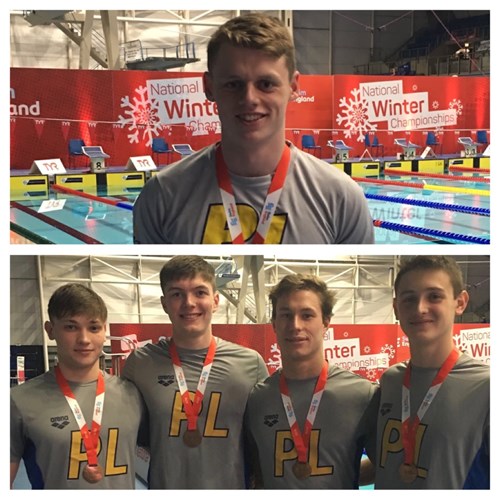 One of the most memorable moments came on day one when there was a PL double in the 200m fly finals! A world class swim and personal best of 2.04.94 saw Laura Stephens win gold in the open age group while her 14 year old club mate Sophie Freeman took the junior title with an outstanding swim to finish sixth in the same race (2.11.11). The pair stood side by side on top of the podium. What a start to the competition for the #bluearmy.

Sophie also won bronze in the 100 free while fellow junior Lana Broekhoven swam to silver in the 100 breast.

Day two produced another five individual medals and two more in the relays… and again the juniors were leading the way with Sophie Freeman (100fly), Honey Osrin (200 back) and Lana Broekhoven (100IM) all claiming English titles.

Laura Stephens added a silver to her medal collection in the open 100 fly while Tom Beeley did the same in the men’s 200 fly. 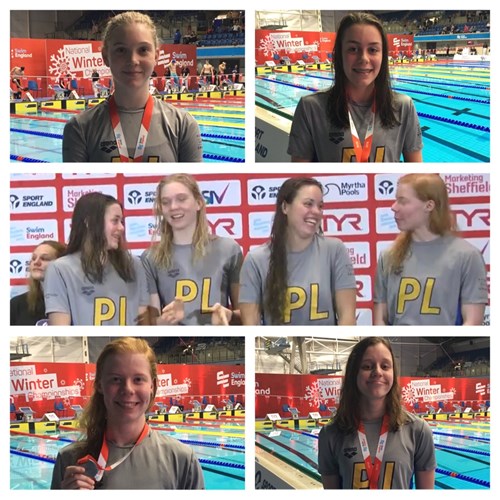 The final night of the championships produced more outstanding swims from PL athletes.

Laura Stephens swam her way to two bronze medals in quick succession in the open 50 fly and gruelling 400 IM - while Sophie Freeman claimed another English junior title - this time the 50mfly! Fellow junior Lana Broekhoven swam a brilliant 200m breast to win gold and lower the Dutch age group record at the same time, while Honey Osrin was just out touched to junior silver in the 200m free and then took bronze in the 100m back.

The final tally for the meet: 7 golds, 8 silvers and 7 bronze medals as well as 71 PBs!

Head coach Robin Armayan said: "The first thing that comes to mind when i think about the three days is the tremendous improvements of our junior swimmers. They've achieved far more than even they believed possible.

"Overall, though, I was blown away by the results," he added. "Outstanding results were pouring in - like the rain in Plymouth! - putting PL at the top of the rankings in numerous events across numerous age groups. We had some truly exquisite swims. I congratulate all of the athletes and coaches on a fantastic meet."