The #Bluearmy saved their best til last and picked up an incredible six medals on the final day of the 2018 British Summer Championships in Sheffield.

Plymouth Leander had 13 finalists in just one evening! It was a golden night as Laura Stephens (100 fly) and the girl's 14-16 years 4x100m medley relay team of Honey Osrin, Lana Broekhoven, Duru Tanir and Oriana Noel all swam to victory.

For Lana and Duru, it was the second medal of the night. Lana had earlier taken silver in the girls' 15years 100 breaststroke alongside her PL team mate Lucia Grant - both swam life time bests as they touched in exactly the same time of 1.11.95 to tie for second place.

Laura Stephens ended the week as she started it!

15 year old Honey Osrin was in dominant form throughout the week - showing what a rising star she is. The Plymouth College pupil picked up her first gold in the 100 backstroke on Day 2 with PBs in both the heat and the final. Another two individual golds followed during the week as she also took the 200 back and 200IM age group titles as well as winning silver in the 50m free .

There was bronze for Adam Chillingworth in the open 200m breast final missing silver by just a split second.

Deputy Head Coach Roberto Pavoni reflected on a "fantastic week".  "I couldn't help but feel the buzz," he said. "To hear the commentator say a few times 'here comes Plymouth, really strong in these championships' or words to that effect, made us all proud to be part of team PL." 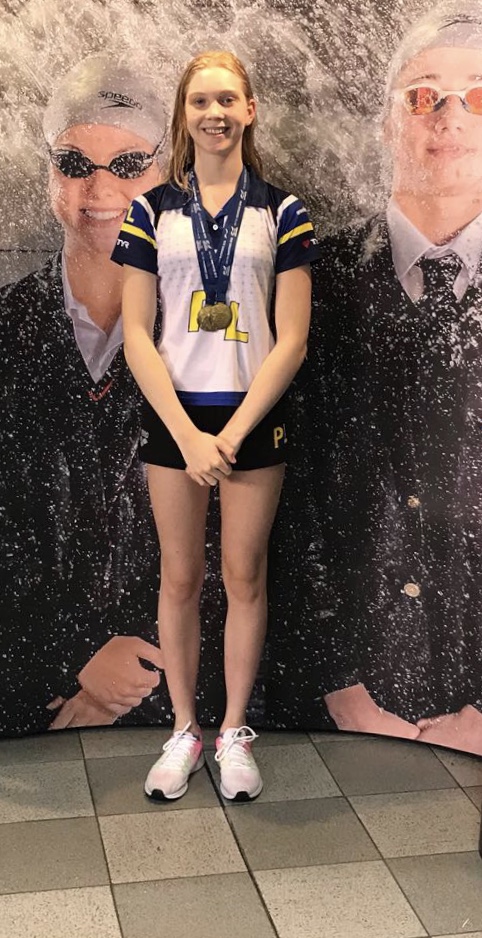 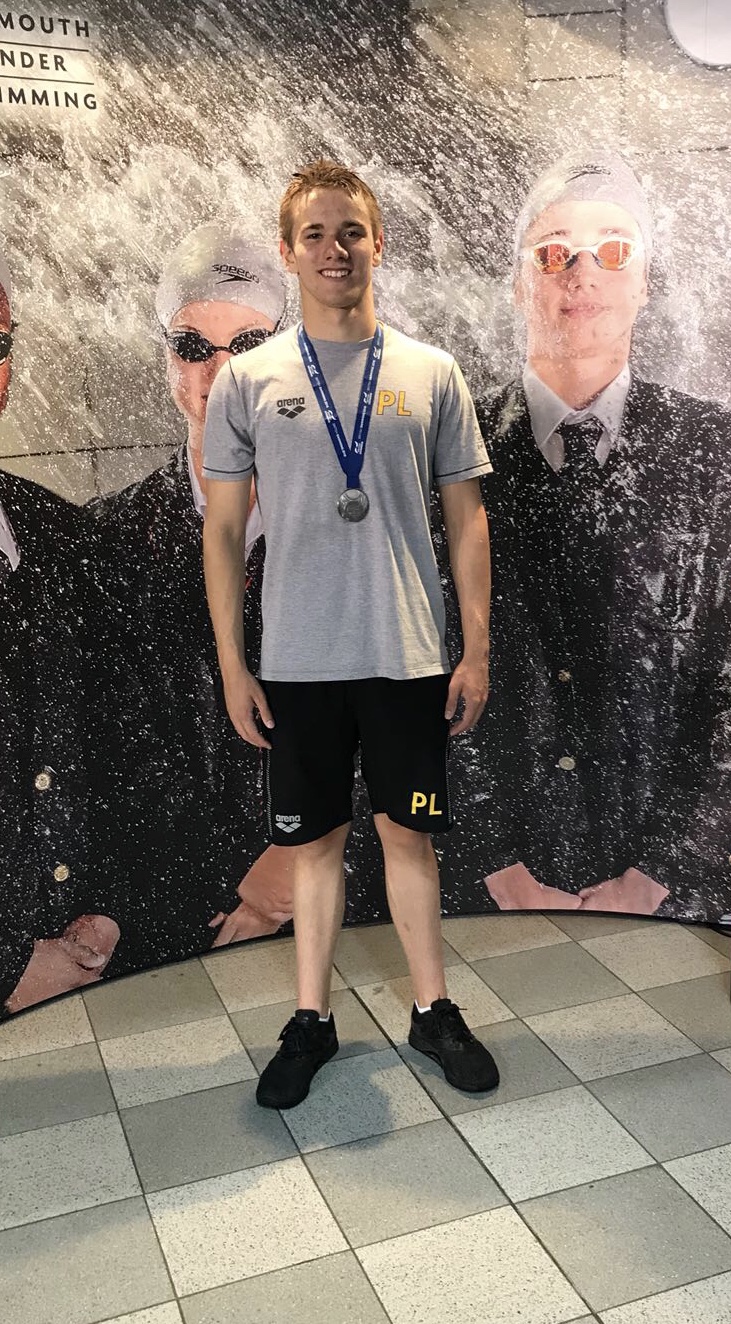